The junction of the Red and Assiniboine Rivers was a place of meeting and exchange among First Nations for many centuries.

By 1870, twelve thousand people lived in the District of Assiniboia, the area within eighty kilometers (fifty miles) of Upper Fort Garry. Ten thousand were of mixed First Nation and European heritage (Métis). More than half spoke French (and a French-Cree/Ojibwa mixed language called Michif). Most others spoke English (including a local dialect called Bungee), and some spoke Gaelic, Cree or Ojibwa.

In the 1860’s when the Hudson’s Bay Company decided to give up its claim to Rupert’s Land (over one-third of today’s Canada), people in the Red River settlement began to worry about their economic and political future. Under the leadership of Louis Riel, a group of French-speaking Métis seized the initiative by taking control of the Fort.

After several months of debate, threats, and violence, representatives of all the Red River parishes met on the site. Calling themselves the Legislative Assembly of Assiniboia, they decided to join the Canadian confederation, formed just three years earlier. By choosing this path, they ensured that a transcontinental nation would be created in northern North America. Manitoba became a province of Canada on 15 July 1870.

No longer of economic or military use, the Fort was gradually demolished between 1881 and 1888. Only the Governor’s Gate survived. In the 1890’s the HBC responded to a public campaign by agreeing to give the Gate and the small parcel of land surrounding it to the city “as a public park forever.” A century later, the Gate and park were overshadowed by surrounding buildings and nearly forgotten, until development pressures rekindled interest in the site and inspired a new vision for Upper Fort Garry.

There’s so much to discover at the Park. Select a section below and start exploring… 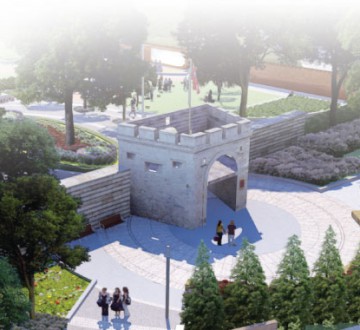 Map of the Site 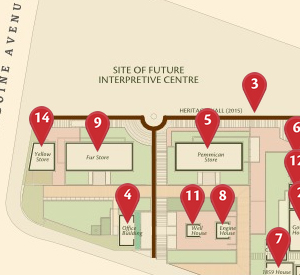 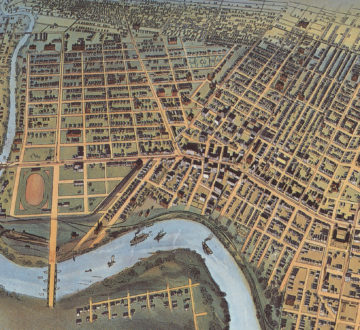 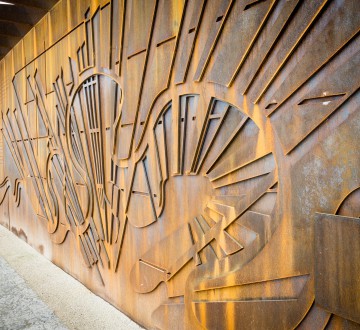