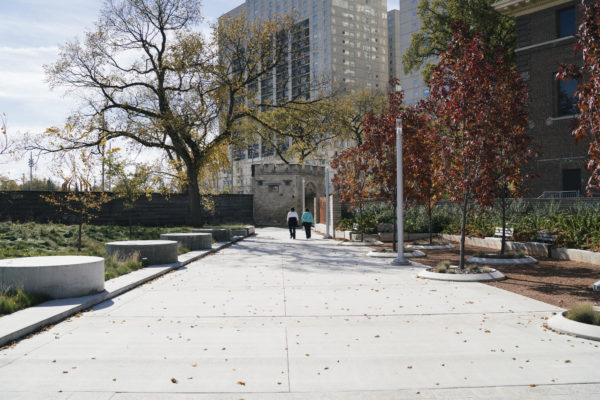 A Matter of Money

In 2004 the City of Winnipeg declared the site where Upper Fort Garry once stood as surplus property and released an Expression of Interest (EOI) for potential uses of the site. The Friends of Upper Fort Garry was formed and submitted a proposal to develop the site as a historic park with an interpretive centre. In December 2007, the Friends were given 107 days to raise $10 million in capital funds in order to save the entire site. The Friends rose to the challenge and because of donors like you, met their goal! On June 1, 2009 the city transferred the title of the entire site to the Friends of Upper Fort Garry to develop an historic park and interpretive centre. We were on our way!

With your help, we have been able to conduct the demolition of three buildings, install underground services, and create this beautiful Park. Almost every aspect of the Park from the blueprints to the bricks is a result of Manitoba-grown ingenuity. Having all of this hometown talent invested in this project gives Manitobans another reason to take pride in Upper Fort Garry Heritage Park!

Archaeologists over the past few years have identified former building locations and the west wall and bastion of Upper Fort Garry. As a part of an archaeological field school opportunity, students from the University of Manitoba and the University of Winnipeg were able to identify many of the former features of the Fort. One important discovery by a field school student was the site of the well that served the Fort. Excavating the well may be part of a public observation area where visitors can get up close and personal with a live archeological excavation once the Park is established.